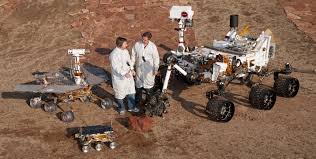 “We’ll get the information a lot sooner and for a lot less money by just sending a person.”  I was dumbfounded.  Dr Ellen Stofan, outgoing Chief Scientist of NASA, was talking to Jim Al-Khalili on the Life Scientific about no less a task than finding life on Mars.

It’s a fascinating interview from the start, or jump to the quote at 19 minutes in.  So that’s why they want to send a person, not for the ultimate ego trip, but the simple purpose of finding life.  Jim pushes her on the reason, doubtless at a cost which is telephone numbers cubed, and it’s simple: humans are creative, flexible and mobile.

All they have to do is break open rocks and look for fossilised microbes.  With NASA’s vast resources and access to the world’s best brains, their secret weapon isn’t AI and robotics, but human intelligence.

I’m an engineer and a technophile.  I read Wired online and I have three bicycles, one of them all carbon.  But I’m ever so wary of the claims made for AI chatbots revolutionising healthcare any minute now.

At Best Practice show last week half a dozen companies were offering some clever algorithm to make your patients go away.  They are so seductive, even plausible.  But when I ask, “How many patients have actually used them?” I get stonewalled.

Substantial wedges of venture capital say “It must work”.  Rather different from asking, “What works?”

What humans are good at:

What computers are good at:

Our philosophy with askmyGP is very clear:  we get the computers to do the boring easy bits they do so well, so the humans can get on with the real hard work of looking after patients.

We’re proud to call it HI and we’re on the same track as NASA.

PS Did I get that the wrong way round?  Doh! Must get a new proof reader. 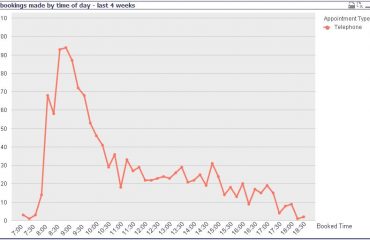