Is there a crisis in clinical consultations?

Quite a week but let’s put all that to one side and reflect on a fabulous article I came across, which put into perspective what we are trying to do.

Dr John Launer of HEE asks Is there a crisis in clinical consultations?  Although he sets the paper in a hospital context, most of his working life has been in primary care and the same principles and questions apply.  It’s all about

Aha. Let’s add to that the assumptions of politicians, along with structural, financial and all kinds of other complicated solutions.

Telephone consulting pioneer Dr Steve Laitner contrasts traditional general practice in a tweet, “like having a day of back to back meetings every ten minutes with no idea who you’re meeting and no agendas”

Stressful and far less productive than it might be.

Yet patients are willing to spend their own time writing and preparing when they seek help – we need the system to make it available to GPs.

A recurring theme of patient feedback on askmyGP is “I was able to gather my thoughts before seeing the doctor.  I so often forget things when I’m in there.”

Clinicians value enormously what patients write, whether preparing for a phone or face to face consultation.  Our task is to develop the handful of questions which provide the most useful information, and I’m delighted to say that researchers are interested in this too.

Our other focus is to make online access so easy and attractive that it becomes the norm.  We are over 30% in one practice and it will take a lot of experiment and refinement but I’m looking forward to reaching 50%, which I hope will make a big contribution to clinical quality.

I’ll leave you to look up all ten principles in Launer’s article, but here’s one you will like:  “The clinician should be regularly refreshed”.  He doesn’t say what with. 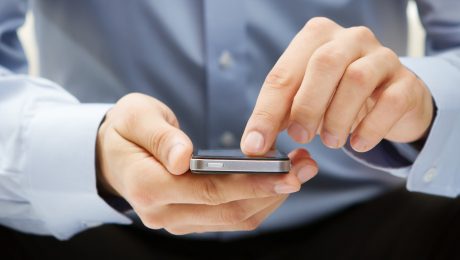 On cloud 9, or, “In a state of blissful happiness” is perhaps a little overstating it, but we are delighted to be on the government’s G-Cloud 9 Procurement Framework from 22nd May 2017.  [Note G-Cloud 9 was withdrawn in July 2018.  We are now on its successor G-Cloud 10.]

Phrases like “procurement framework” tend to bring me back down to earth with a bump, but I think this one could mean something really good, and I quote from the gov.uk Digital Marketplace:

“Buying services through frameworks is faster and cheaper than entering into individual procurement contracts.”

Right, so there’s one agreement set up between the Crown Commercial Service and us, following all the OJEU rules and thoroughly tested for compliance with all the relevant standards:  NHS IGToolkit, Clinical Safety standards for software SCCI 0129/0160, secure hosting and communication on N3, you name it, all the painful, boring but essential stuff.

Yes it has been painful and I pay tribute to all the GP Access team and our partners who have done such a grand job in getting us there.  It is right and proper for the process to be thorough as patient safety and information security are paramount.   We have seen too much lately of what can go wrong, yet we must not lose sight of the great benefits that technology can enable for our health service.

In the first couple of weeks we’ve seen over 700 patients use the new askmyGP to get help online.  One emailed Concord practice at 9.14am last Monday, a time when patients in most practices would still be hanging on the phone, trying to get through.  She already had her problem sorted by the GP and just wanted to say thank you for the outstanding service.

Now that’s what really gets me on cloud 9.

PS  Do explore our new askmyGP website, where all the services under What We Do are on the framework.

PPS  The application process did have its lighter moments, my favourite being where you have to agree to the statement that “all the above statements are true”.  Unbeatable logic. 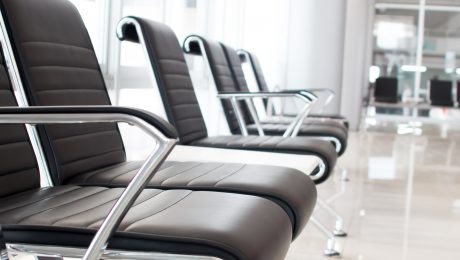 What an exciting week in NHS IT!  Sorry I’ve been hiding for a month but we have all been intently focussed on launching version 2 of askmyGP.  It draws on our evidence from 46,000 patient episodes in version 1, but the software and delivery mechanism are all new.

So if I said the rollout of the new system went exactly to plan, all pigs were fed and ready to fly, you’d call me a liar and you’d be right.

We were ten days late going live and patients had to go back to the telephone.  We had one of those unexpected problems that got through all the testing and didn’t appear until the real world stomped in.  We had to spend the weekend fixing it.

Then it worked.  Already we’ve had good feedback from the first 300 patient uses, and some great suggestions from the first 7 practices which we have already implemented.

So what’s new?  I won’t do too much detail for now but the step in thinking is all about flow.  We know about demand, we know it’s predictable and very nearly flat (BMA refers again to “soaring demand” in its manifesto.  They haven’t bothered to measure) but we know there’s no simple way to cut demand (we’ve tried like everyone else, and it doesn’t work).

The demand is the demand.  But we can do much better if  we make it flow, from entry to completion.  The new askmyGP is designed exactly to enable that frictionless flow.

Delivered not on NHSmail but over N3, the new system is designed for greater security and reliability…

And then of course Wannacry happened… we switched askmyGP off on Friday night as a precaution but found no evidence of any incursion, so came back on Saturday lunchtime.  Already a couple of dozen patients have entered demands at the weekend. They know not to expect help until Monday, but that helps the practice smooth out the morning rush on the phones.

Aha, the beauty of being open all hours, but not there all hours.

Can’t wait to tell you more, it is so exciting, but it’s getting late.

PS  Not one but two practices complained to me that demand has been very low the last couple of weeks.  I put it down to three causes.

1. Weather.  In a demand led system, you get the immediate benefit of the sunshine dividend.  If you’re booked up three weeks in advance, you never notice.

2.  Randomness.  Knowing your average demand and planning capacity for a bit more means that most days are less busy than planned.

3.  Anxiety demand has dropped – both practices launched six months ago and patients have got used to the idea that there’s no need to plan illness in advance – the GPs are there when you need them.

Happy days!  Now try getting Pulse to publish that.

Thurmaston features in Pulse: how we saved £90k per year