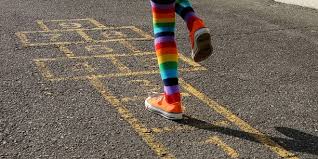 Looking up Eric Berne’s classic “Games People Play” I was surprised to find it was published in 1964.  He calls it “a way of predicting people’s behaviour.”

It would be pleasing to say we have learned more as time has passed.  I doubt it would be true.

Without going into the great psychiatrist’s theories too far he was clear that destructive games caused a lot of pain not only to his patients but to all of us in our daily lives.

I was reminded of these ideas when joining in a Twitter conversation about DNAs (did not attends), a GP complaining that 4 out of 7 patients hadn’t turned up – blame the patients for wasting GP time, NHS resources and slots which someone in need could have taken.

It all makes sense, until you realise that these were Saturday morning “extended access hub” slots.  We know that very few patients want weekend slots, and they don’t like to travel away from their own surgery or see someone they don’t know.  They were sent there and then as their own practice gave them that option or nothing.

We know that the longer the gap between the booking and the date of the appointment, the higher the DNA rate.  On the same day, DNAs all but vanish.  Our practices don’t talk about them any more.  If changing the system with the same patients eliminates the problem overnight, it follows that DNAs are a system problem, not a patient problem.

The blame game is very simple:  “We tell you when and where you will be seen, by whom.  We blame you for not turning up.”

We find the same things happening with all kinds of variation. The most common game for appointments is “Nothing left today, you’d better call tomorrow but make it early as they all go around 8 am”.  A friend of mine had the whole family of six call the surgery at 8am to increase the chance of one of them getting through.

Another game is “We’re very busy so we allow booking up to six weeks in advance for routine matters”.  The mother would take the slot, and would turn up herself or with whichever child or frail elderly relative was most in need on the day.

A new one on me recently was “If you phone in the morning a nurse will triage you.  Phone after 12.30 and a  GP will triage you for the next day”.  In seven years this is the first ever practice I’ve met which has more “demand” in the afternoon.

Whenever we start work with a practice we ask them how the appointment system operates, and we look at their website.  So often they summarise it in the two words, “It’s complicated.”

We’ve reached the point that we know from the rules what games patients will play.  Then we get the data on demand patterns and it turns out exactly so.

It’s really “Games providers play”, and the cost they and their patients pay is rework.  Everyone gets locked into the game, working like stink, deeply frustrated, achieving little.

I love what Eric Berne says in his field:

“Everybody has a hunger for intimacy, a game free zone where people are straight with each other.”

The alternative for practices is to rewrite the rules very simply:

“We’ll work out very fast how to help you.  No promises, but we’ll do our best to meet your preferences too.”

What happens is quite astonishing.  Not only do patients almost always find their needs met, but because there’s so little rework, it’s less effort for providers.

This week from a Bristol patient: “So much easier as I have time to think what I want to say, and it frees up staff to do what they need to do.”  We get dozens every week on the same theme. 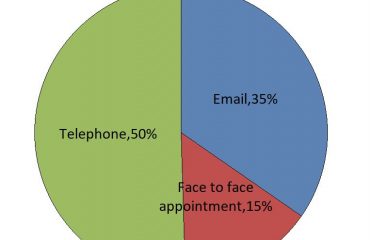