So the Red Cross tells us there’s a humanitarian crisis in our NHS hospitals and ambulance services.  What reactions does that trigger in your mind?

This is the same Red Cross which is helping those left alive flee the ruins of Aleppo, and in context I don’t know about you but I have a problem with that language.  I don’t mean to shrug “Crisis, what crisis?” but the point is that it is so easy to make headlines by building on public perceptions and so hard to challenge them.

Many players within the NHS ecosystem and media thrive on continual crisis but strangely it doesn’t help us to measure, analyse, reflect and redesign.  We are addicted to firefighting.

Now I want to raise the subject of cognitive dissonance.  If you haven’t yet read Matthew Syed’s “Black Box Thinking” then I urge you to do so:  well written, engaging and with a powerful message.  (the subtitle about marginal gains doesn’t do it justice.  It’s much more about learning from failure).

I’ll declare an emotional “COI” here in that aviation comes out much more favourably than healthcare, and some decades ago I was a tiny cog in the industry at Rolls-Royce aero engines.  The difference centres around attitudes to failure:  forensic analysis, learning and rapid dissemination in aviation, versus cover up in health.  Doctors have admitted to me that that’s a huge fear of failure in medicine, but the problem as Syed so eloquently puts it is that failure happens continually and repeatedly.  Aviation by contrast is very open, and very safe.

I’ve talked for some time about the primal fears which keep GPs from change, impenetrable to evidence.  But perhaps I’m wrong, it’s more the gap between beliefs about current practice and what we imagine we might have to do – cognitive dissonance.

Does reframing the problem make it any easier to solve?  Your thoughts gratefully received.

PS Counter that crisis thinking with this US doctor’s experience of the NHS as a patient.  We must count our blessings vs USA never mind Syria. 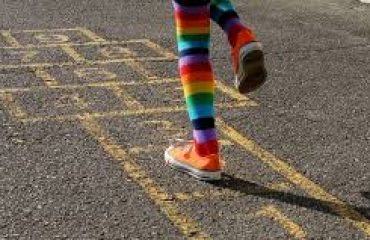 A climate of change